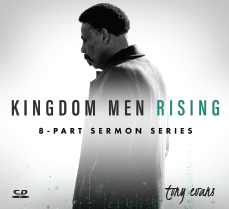 Series Description: Men, it’s time to stop living on the sidelines. We live in a day and age where disorder and chaos abound because of the countless number of males who refuse to become the men that God made them to be. In Kingdom Men Rising, you’ll discover the true meaning of masculinity and the ultimate purpose of a Biblical man from the perspective of God’s original design. Join Dr. Tony Evans as he addresses the cultural consequences of male passivity and challenges men to stand up and declare, “No more excuses.”

Why Men Matter (Genesis 3:8-12): When Adam and Eve were hiding from God in the garden, He didn’t call out for both of them to show themselves, instead He simply said, “Adam, where are you?” Because God created man first, it was man who He held responsible for the provision and protection of the garden. Join Tony Evans in this look at God’s definition of masculinity and the crucial role of responsibility that follows.

The Call to Biblical Manhood (Genesis 18:16-21): There are far too many men who live their lives without realizing their divine purpose. Just like God chose Abraham, He has drafted you for His Kingdom and wants to do great works through you. If you hope to experience God’s involvement in your world, discover the three things in this lesson that every male needs to understand and every female should expect.

Men Covered by God (Exodus 34:23-24): When the rain begins to fall, you’ll find that using an umbrella won’t exactly change the weather; however, it will keep you dry from the downpour if you position yourself beneath it. Tony Evans says that God’s covenant acts the same way: it doesn’t matter if you have it if you’re not using it. Learn how failing to submit to God’s covering can cause many men to live out their lives in trial and error.

The Dominion of Man (Genesis 2:15-25): There are countless people who believe that “single” and “alone” are synonymous words, when in reality “single” actually means unique and whole. Before Adam met Eve, he was already exercising dominion over the job God tasked him with—but she enabled him to expand his dominion far further than he ever could have on his own. In this lesson, Tony Evans discusses the dominion covenant we have with God and where the roles of man and woman fall into it.

Men Who Beat the Odds (Judges 3:31; 5:6): We live in an age full of people refusing to do what God says to do now with the hope that He will instead do something bigger at a later time. But Tony Evans wants you to know that sometimes God just wants you to start where you are instead of waiting for a bigger paycheck or higher education. Discover the stories of men in the Bible who gave God what little they had when they had it and the wondrous things God did with them because of it.

A Tale of Two Men (Matthew 7:24-27): In the Bible, Jesus tells us a story about two men who built their houses on two very different foundations. While one was built upon the sand with little difficulty, the other was built upon a rock with much greater difficulty. Join Tony Evans as he compares these foundations to our application of God’s truth in our lives and how having the correct Biblical foundation can impact your future.

The Legacy of a Man (1 Chronicles 7:30-40): We live in a day of societal chaos which can all be rooted back to men who refused to build a spiritual legacy for their next generation. But if history feels doomed to repeat itself, how do we break free of the cycle of men refusing to man-up to God's requirement of Biblical Manhood? In this lesson, Tony Evans looks at four key characteristics that every man should strive to possess and pass on.

Lame Man Walking (Acts 3:1-10): Lameness can come in all shapes and sizes. Even if you may be able to walk or run, you could still be mentally, politically or spiritually lame if you find yourself relying on others to do what you should be doing yourself. Tony Evans says there are far too many men failing to stand up on their own two feet and fulfill their responsibilities that God placed before them. Experience what it means to stop depending on others in order to man-up where you should stand-up. 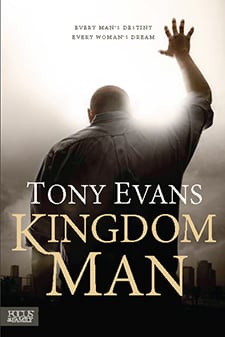 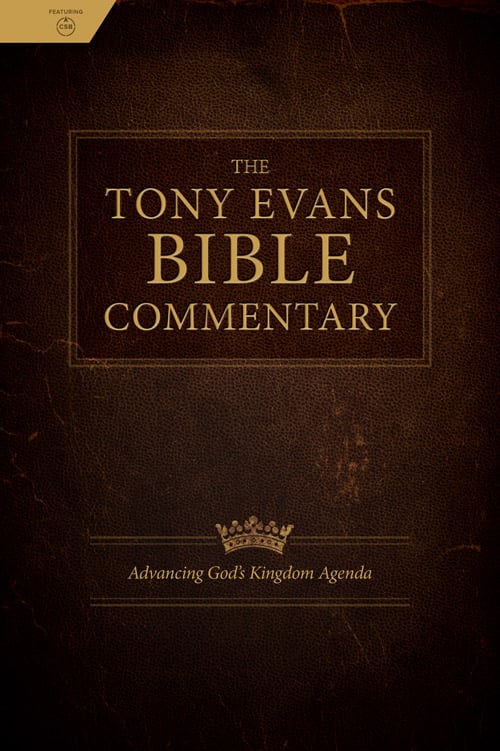